Console applications are extremely useful for testing out bits of code before you’re ready to start writing production code. For instance, I use them when getting to grips with new third party components. These applications are supposed to be throw away and so coding standards are not usually adhered to!

One thing I often forget is that by default, console applications start with the target framework set to “.NET Framework 4 Client Profile”, as in the following properties window screenshot: 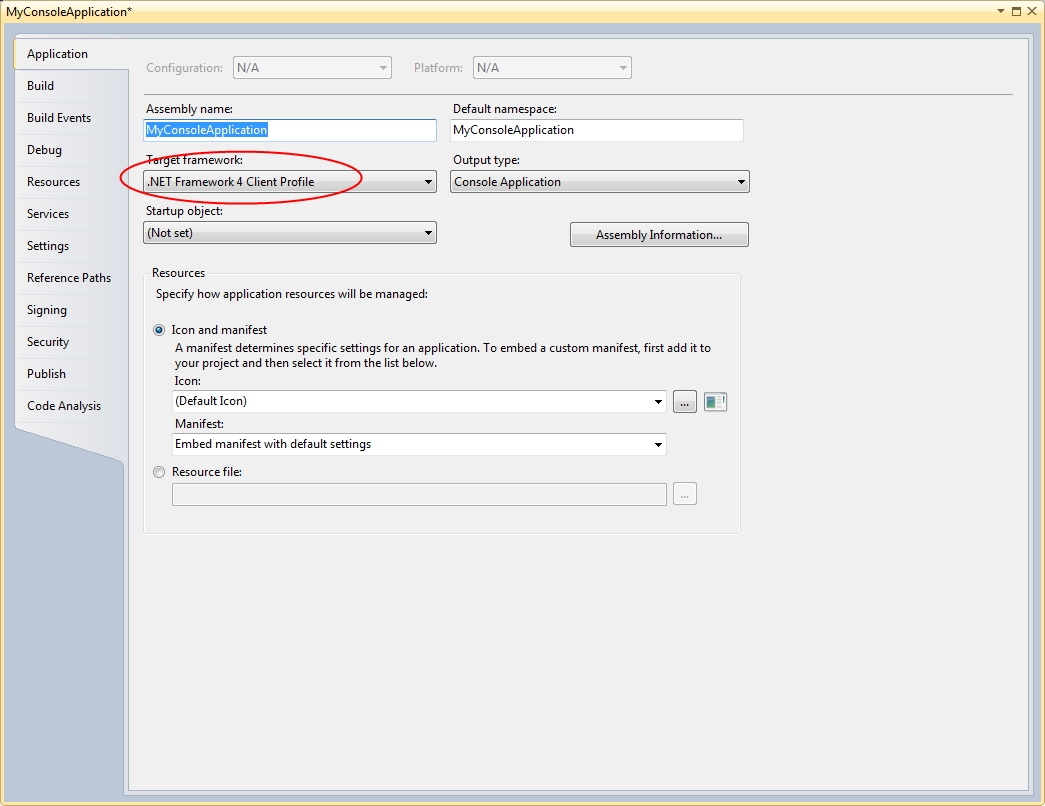 Symptoms of this include references missing from the references dialog box, methods not being available in Intellisense and code generally not behaving as expected. I’m not exactly sure why “.NET Framework 4 Client Profile” is available in the first place or why it’s so restrictive. I’ve also not bothered to research this, although I suspect it’s probably to allow code to run in environments with low security permissions. However, for throw away code or code that is never going to leave your infrastructure I’d advise getting into the habit of changing the target framework to “.NET Framework 4” each time you make a new console application, otherwise you’re likely to end up scratching your end when simple stuff doesn’t work as expected.