Hello and welcome to my blog, Code Smart.

The aim of this blog is to share hints, tricks and tips, both old and new, that I have picked up while overcoming the trials and tribulations I encounter in my travels through the world of IT.

Having been in the IT industry since October 2000, I’ve been touched by the countless number of IT professionals out there who have been only too keen to share the wealth of their knowledge and expertise in response to forum posts and via their own blogs. This is my humble attempt to give something back to the community. I truly hope you’re reading this because one of my posts has helped you to solve an issue you’ve been struggling with.

My name is Steve Barker. Having been born in 1977, I was lucky enough to be aware of the home computing revolution that happened in the UK around 1982 when Clive Sinclair released the ZX Spectrum computer. 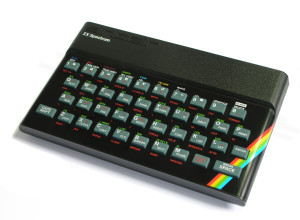 Although the computer actually belonged to my Dad I probably spent more time on it than him, first concerning myself with becoming awesome at the many available games (particularly games like Chuckie Egg) and then with making the thing dance to my own tune via the art of programming. Little did I know back then that years later I would be making a living from my hobby.

I graduated from Nottingham University in 2000 with a 2:1 in Mathematical Physics, and then took on some freelance work in which I had four weeks to learn VB6 and deliver a database driven application to be used in the motoring industry. With that experience under my belt I got my first full time programming job in Nottingham developing VBA/VB6/Access/SQL Server systems to be used in various areas within the public sector. I progressed quickly to the position of development manager in which I was responsible for overseeing all aspects of the running of the development team. It was also during this time that I was introduced to .NET. After four and a half years I moved to another Nottinghamshire based firm working in the financial sector, where I led the development team in successfully transitioning their products over to the .NET platform. In 2006 I joined a global IT services firm, where I became recognised as an expert in Microsoft technologies.

I have worked with the following tools, technologies and methodologies during my career: